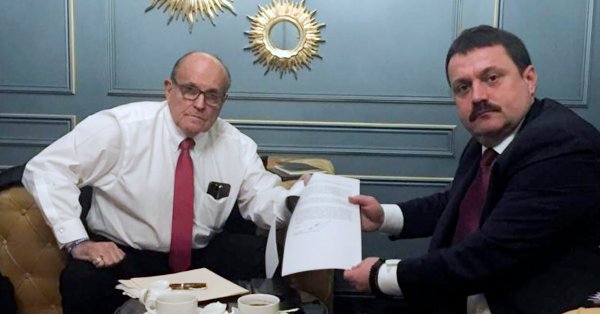 Rudy Giuliani – Pres. Donald Trump’s private lawyer is working to release a report about the things he uncovered during his trip to Ukraine and Hungary. Giuliani found out that the Officials wanted to bring something to the United States to be turned over to the law enforcement but have been blocked by Bill Taylor and Marie Yovanovitch.

Rudy will go to Ukraine and gather evidence from the officials who had valuable information if they were unable to come to the United States.

According to a government witness, Joe received $900,000 for consultation service and documents backed up her claim but still waiting for verification.

Chanel Rion – OAN, reported on Rudy Giuliani’s trip to Ukraine and Hungary and has been traveling with him.

Read More At The Gateway Pundit