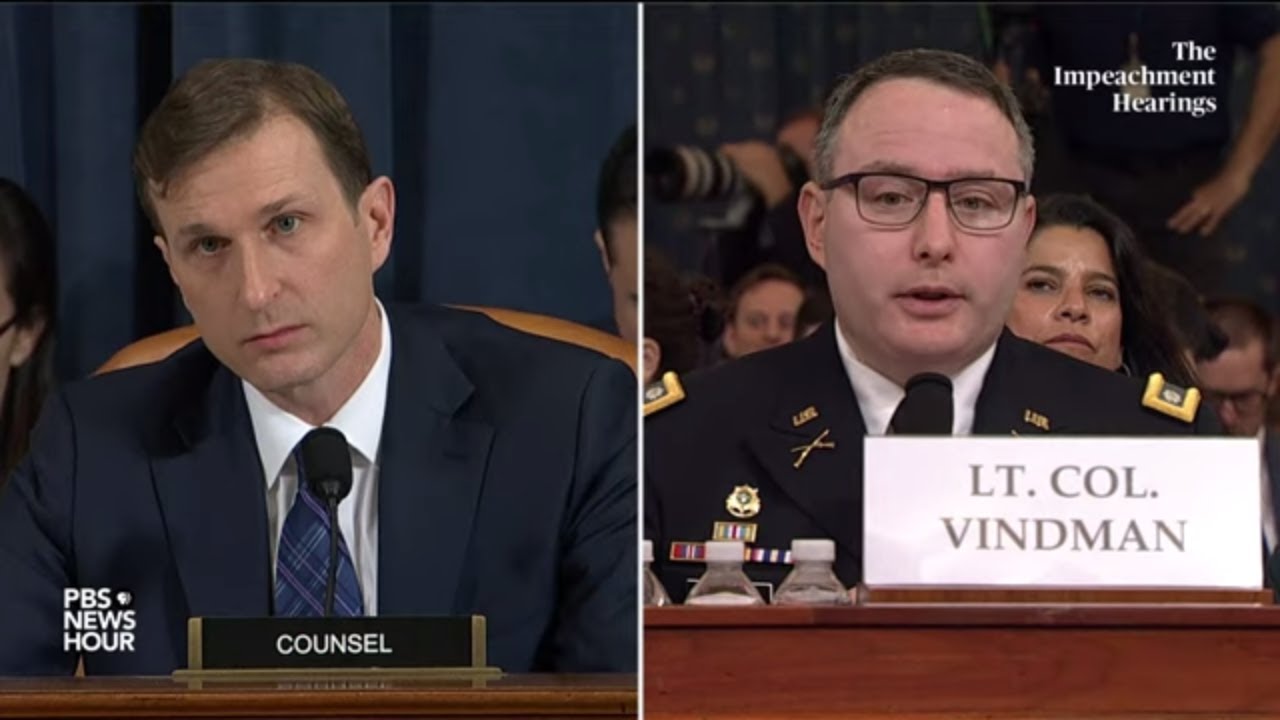 Prior to the call with President Zelensky, Lt. Col. Vindman included conversation pointers to President Trump but as we learned these were never used during the conversation between the two leaders.

Once the call had ended, Vindman provided an overall summary which read:  “President Trump underscored the unwavering support of the United States for Ukraine’s sovereignty and territorial integrity – within its internationally recognized borders – and expressed his commitment to work together with Presidente-elect Zelensky and the Ukrainian people to implement reforms that strengthen democracy, increase prosperity, and root out corruption”.

But during Vindman’s testimony on Tuesday, he said that although President Trump did not discuss about rooting out corruption during that conversation, Vindman still included that in the summary.

He was then asked if the summary he provided were indeed false.

Vindman then responded, which he seemed nervous, “That’s not entirely accurate, but I’m not sure I would describe it as false, it was consistent with U.S. policy”.

It is clear from our view and our opinion that Mr. Vindman is more likely a left-winger deep state operative who is making efforts to damage President Trump’s presidency and ultimately re-election efforts for 2020.  However, after this turn of events, it appears he is doing more harm to the Democrats efforts of impeachment.

What’s even more damaging is Vindman by accident ruined his own case admitting that the Ukrainian government did not receive any pressure from the Trump and his administration.

This was clear when House Intelligence Committee counsel Daniel Goldman was pressing Vindman to state that Ukrainian officials felt pressured from President Trump to look into and investigate the Bidens.  However, this clearly backfired.

“Colonel Vindman, you’ve said in your deposition that it doesn’t take a rocket scientist to see the political benefits of the president’s demands.  For those of us who are not rocket scientists, can you explain what you meant by that?” asked Goldman.

Vidman then responded, “So my understanding is that it was the connection to investigating to a political opponent was inappropriate and improper.  I made the connections as soon as the president brought up the Biden investigation”.

“Colonel Vindman, you testified that the president, President Trump’s request for a favor from President Zelensky would be considered as a demand to President Zelensky.  After his call, did you ever hear from any Ukrainians, either in the United States or Ukraine about any pressure that they felt to do these investigations that President Trump demanded?”.  Vindman replied “Not that I can recall”.

Goldman then questioned “Did you have any discussions with officials at the embassy here, the Ukrainian embassy here in Washington, DC?”.  Vindman responded, “Yes, I did”.

Goldman then asked, “Did you discuss at all the demand for investigations with them?”.  Vidman replied “I did not”.