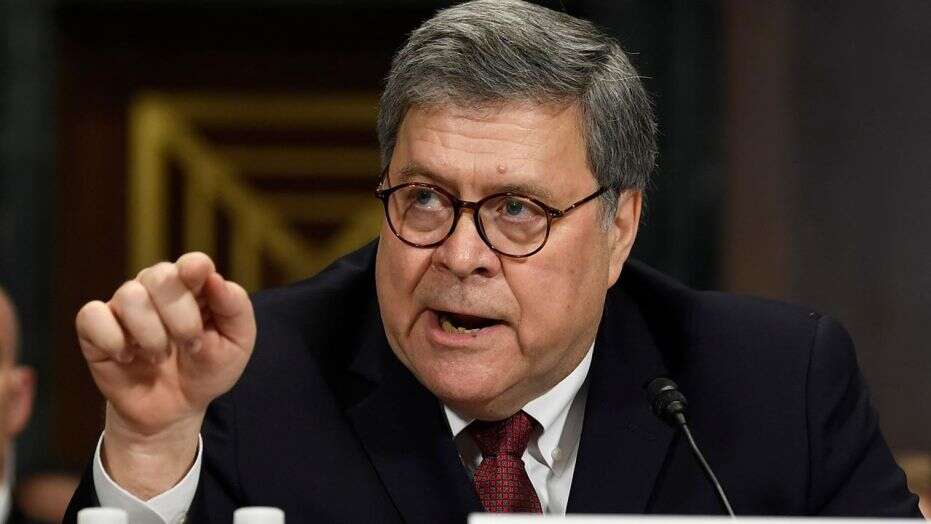 On Friday, The Senate Judiciary Committee Democrats has called for Attorney General William Barr to recuse himself from all “Trump Ukraine matters”, while the House Democrats move forward with their impeachment inquiry.

This is no different than what they did to Jeff Sessions during the Trump-Russia collusion hoax, created by the Democrats.  Unfortunately for them, Barr isn’t Sessions and isn’t going anywhere.

There are ten Democrats who sent a letter, accusing the AG of “appearance of conflict of interest” and is urging him to recuse himself, which also includes the DOJ’s investigation related to Rudy Giuliani, President Trump’s personal lawyer, and his associates, Igor Fruman and Lev Parnas – recently indicted on campaign finances charges.

Interestingly enough, Dems did not care one bit about conflicts of interest between Robert Mueller and former deputy attorney general Rod Rosenstein.  One example is when Rosenstein escorted Mueller on May 16, 2017 to interview with President Trump for the FBI Director position to replace the fired and disgraced former FBI Director, James Comey, which Mueller lied about during his testimony at the end of his witch hunt.  When Mueller wasn’t offered the Job by Trump, the very next day, on May 17, 2017 Rosenstein appointed Muller as the Special Counsel to investigate President Trump.  This itself is a conflict of interest but Democrats stayed silent on this issue.

The letter reads:  “Impartial enforcement of the law is essential to give the American public confidence in the Justice Department’s work. Your personal connection to these matters creates the appearance of a conflict of interest and gives rise to questions about whether the Department is being used to advance the president’s personal interests,”

In addition, it also adds “We request that you recuse yourself and identify the appropriate official who will be responsible for these matters. We also request that you confirm whether you consulted Department ethics officials regarding recusal and provide copies of any ethics guidance that Justice Department officials have provided in connection with these matters,”

This letter comes from a New York Times piece stating that the DOJ has now launched a criminal investigation into the origins of the FBI’s Trump Russian probe.  This now allows US Attorney John Durham, appointed by Barr, to lead the review.  Durham now has the authority to impanel a grand jury and file indictment charges.