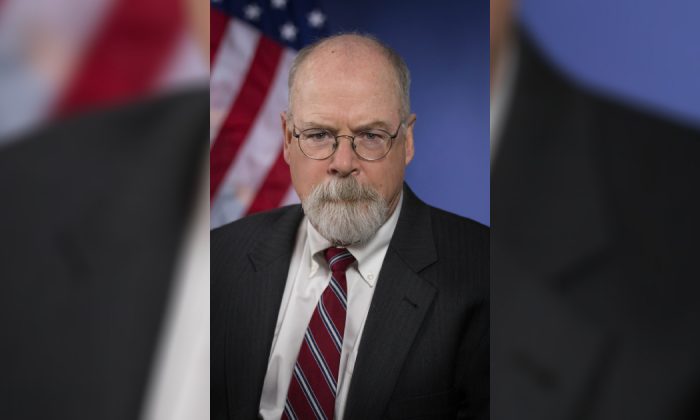 A statement was released on Monday saying that John Durham – US attorney appointed by William Barr to conduct an investigation on the Russia probe disagrees with the FISA report after IG Michael H. finds that the probe complied with the FBI and the DOJ policies.

“Based on the evidence collected to date, and while our investigation is ongoing, last month we advised the Inspector General that we do not agree with some of the report’s conclusions as to predication and how the FBI case was opened,” U.S. Attorney John said in a statement.

Investigators found no political bias or intentional misconduct on the launch of the 2016 investigation wherein they lie to a FISA court to get a warrant to use to spy on Carter Page – President Trump’s campaign adviser in the early months of the said investigation. The report states that there were “significant concerns with how certain aspects of the investigation were conducted and supervised.”

“I have the utmost respect for the mission of the Office of Inspector General and the comprehensive work that went into the report prepared by Mr. Horowitz and his staff,” Durham said. “However, our investigation is not limited to developing information from within component parts of the Justice Department. Our investigation has included developing information from other persons and entities, both in the U.S. and outside of the U.S.”

An Inspector General doesn’t have the power to subpoena or call a jury and Americans need to understand that. Nobody has to agree or answer any of his questions and nobody has to listen to him. More than likely Durham is disagreeing with the IG’s report because he has the power.

Durham was running his own investigation on the alleged improper use of government surveillance and misconduct on Trump’s campaign during the presidential election in 2016 while the IG was investigating the DOJ during the Russia probe.

Durham’s probe transitioned into a criminal case and we reported it back in October.

After the release of IG’s report stating that it started based on the thinnest suspicions, Barr ripped the FBI’s investigation.

“The Inspector General’s report now makes clear that the FBI launched an intrusive investigation of a US presidential campaign on the thinnest of suspicions that, in my view, were insufficient to justify the steps taken,” Barr said in a statement.

Barr continued the investigation on the Trump Campaign tho he showed anger that James Comey received exculpatory information.

“It is also clear that, from its inception, the evidence produced by the investigation was consistently exculpatory,” Barr said. “Nevertheless, the investigation and surveillance were pushed forward for the duration of the campaign and deep into President Trump’s administration.”

Remember that no evidence was found that the Trump campaign has anything to do with Russians in the 2016 election according to report from Robert Mueller’s witch hunt investigation on Trump and Russia collusion.

“Clear Abuse” of the surveillance process was shown in the report is what Barr said.

“In the rush to obtain and maintain FISA surveillance of Trump campaign associates, FBI officials misled the FISA court, omitted critical exculpatory facts from their filings, and suppressed or ignored information negating the reliability of their principal source,” Barr said.

In short, when applying for a warrant they lied to FISA court and that’s a felony.

In the middle of the impeachment inquiry by the Democrats who are eager to get the president impeached before the Durham report comes out to expose them on what they did on the 2016 election, Horowitz’s report came in.

A pattern continuously emerges throughout the last three years. Whenever Democrats did something they accuse Trump. In fact, Clinton colluded with Russia during the campaign and the DNC with the Russian agents to obtain information against Trump yet accused the president of a collision. Former VP Joe Biden leveraged $1B US aid and threatened to withhold it unless President Poroshenko of Ukraine fire Viktor Shokin who’s investigating his son and Burisma Holding’s but the Democrats claimed that President Trump was behind all this.

It’s no surprise that AG Barr is frustrated after the Democrats did everything they can to get away with the illegal spying on Trump campaign, the cover-up after the election, and the bogus accusations.

To support the Democrats, Durham released his statement today because he knew that fake news would twist the IG report against Trump. It will be difficult for those who attempted the first coup in our government during and after the 2016 election based on Barr and Durham’s statements.