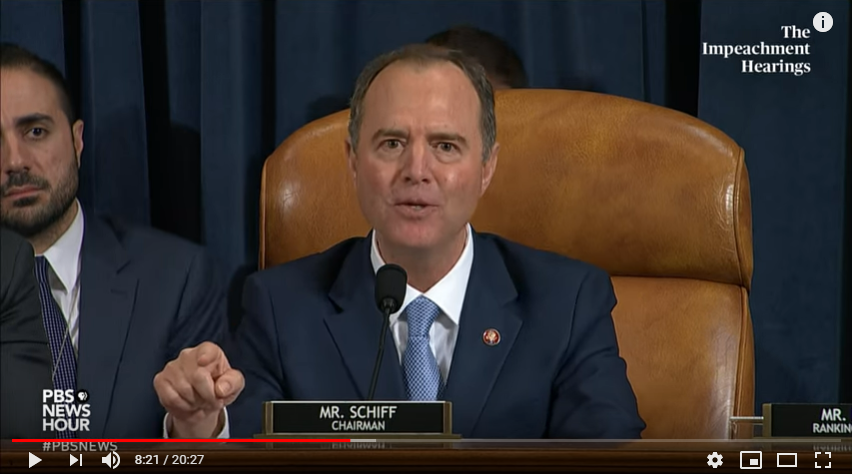 House Intelligence Committee Chair, Rep. Adam Schiff challenged the GOP pushing the narrative that there have been “secret depositions” during the impeachment hearing for President Trump.  He also stated that more than 100 members of Congress on both sides had direct access to the same depositions.  During his closing statements, it’s clear Schiff erupts during his speech, seems to be rather frustrated.

Let us know what you think.