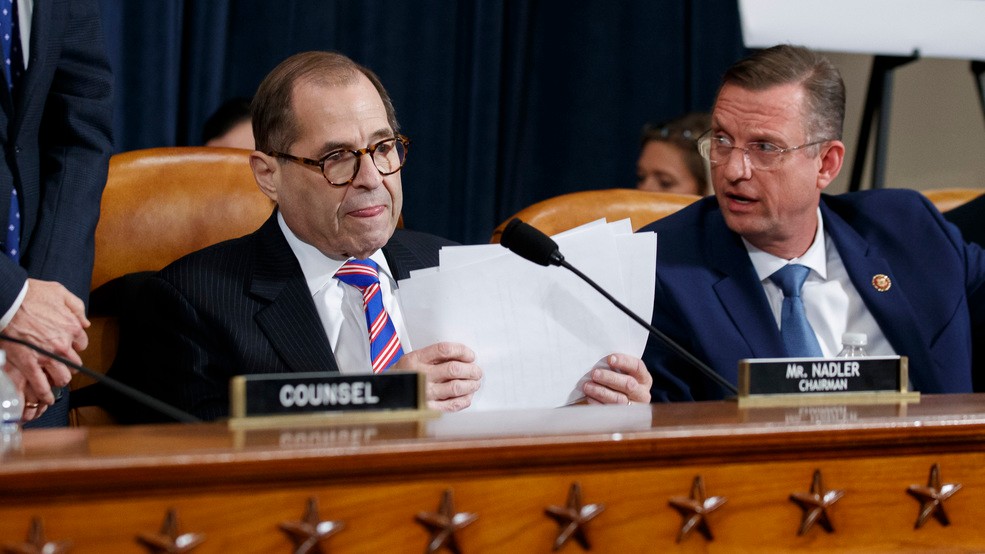 Shocker: According to the House Judiciary Report Dems is Trying to Change the Constitution!

Probably you’re already as tired as I am on the Democrats’ attempts to oust President Donald Trump. The reports continuously flow in about the whole impeachment process they have initiated that has become much of a farce.

Past and precedent practice has been ignored, and completely shut off the presidents right to confront all his accusers, and ignoring the law that states one is innocent until proven guilty.

I was reminded of the little ditty that was sung in the animation of King Babar by the endless investigations and the hundreds of times the bureaucratic process takes longer than it would if they exercise common sense and work together.

They are now floating a new idea for failing every attempt to find something to use against President Trump. So now they want to change the constitution to fabricate a reason to oust the president because they can’t impeach him for what has already happened.

The Democrats are totally failing. They have no evidence that genuinely qualifies as an impeachable offense and are now trying desperately to aggregate a lot of nothing (even going back to the dead Mueller Report) to try to force their end game of impeaching President Trump simply because they don’t want him to be re-elected. Please, they are saying, don’t be sidetracked with facts and evidence and law and standards.

We have something bigger than we have ever faced before is what this really boils down to. This is truly a constitutional crisis.

To lower the impeachment standards, the Democrats have been working day and night to such a degree that the only reason they have for wanting to oust the president is that they do not like him? Now the question that will remain is if they are successful in doing all this, why bother having elections at all?

The ideal Democrat future is one that has no constitution, no opposition, and no election and you don’t have to look hard enough at their actions to see that. They change the rules if they don’t like the rules of the game to put them in control.

The fact that the extremism of the Democrat party today should not prevail if nothing else comes out of this whole farce they have staged then it should wake the people up. Regardless of history, nobody in his or her right mind should vote for another democrat. They’ve made it clear that they will establish a one-world socialist government and tear down the Republic of USA constitution.

Bar none, every time socialism was tried it failed. Wake up America! Our country’s survival is at stake.